Revelation videos - video 1 shows the motion of the book, video 2 shows how the book is reset 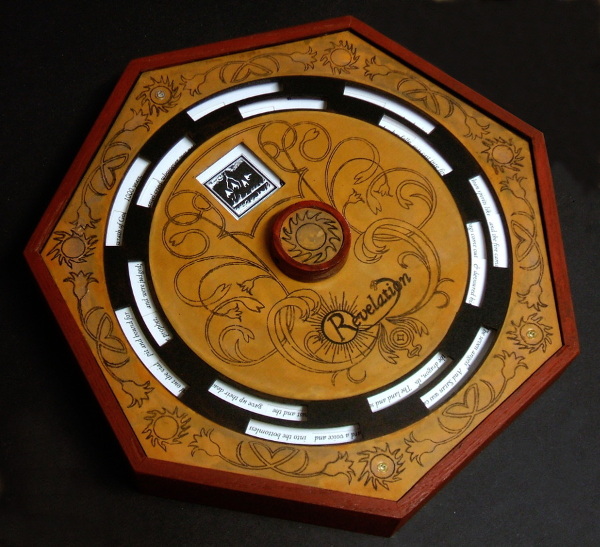 Revelation is an interactive artist book that uses a new construction I call the cascading rotary structure.

I was inspired by the cut-up method of writing developed by Brion Gysin and William S. Burroughs in the 1950s. For the text I used excerpts from the final book of the New Testament, "The Revelation of Saint John the Divine." It is the most Burroughs-like book in the Bible.

The illustrations are my interpretations of the original first century text. Its powerful, often violent imagery was thought to predict the end times, and was used as a weapon against various factions of believers. Over the centuries, this book has created more dogma and fomented more persecution than any other text in the canonical scriptures.

Modern scholarship has established that “The Revelation of Saint John the Divine" was written in code, and meant as a work of protest, a political tract documenting Roman conquest and occupation. For example, the “number of the beast” refers to the numerical value, in Hebrew, of the name of a Roman emperor.

Starting at Revelation’s first “Alpha and Omega” image, the viewer rotates the center knob to the left, or counter-clockwise. Ten laser-cut panels advance, each one revealing image and text combinations seen through the fifteen windows of the face plate. When the ending “Alpha and Omega” appears, the viewer resets the sequence by rotating the knob clockwise. Turning the knob in one direction, then the other, can produce dozens of unpredictable combinations. Revelation allows the viewer to interactively cut-up the text to, as Burroughs states, really read between the lines. 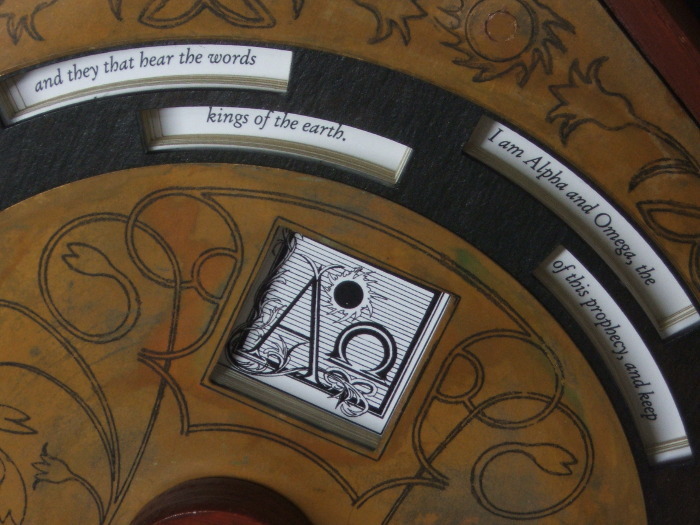 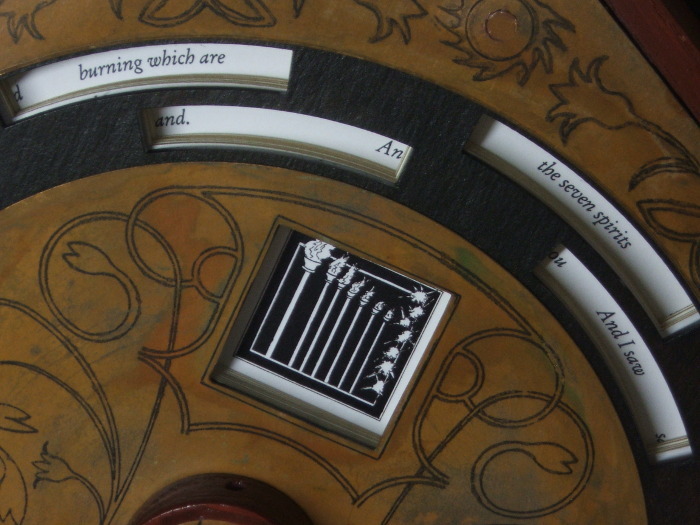 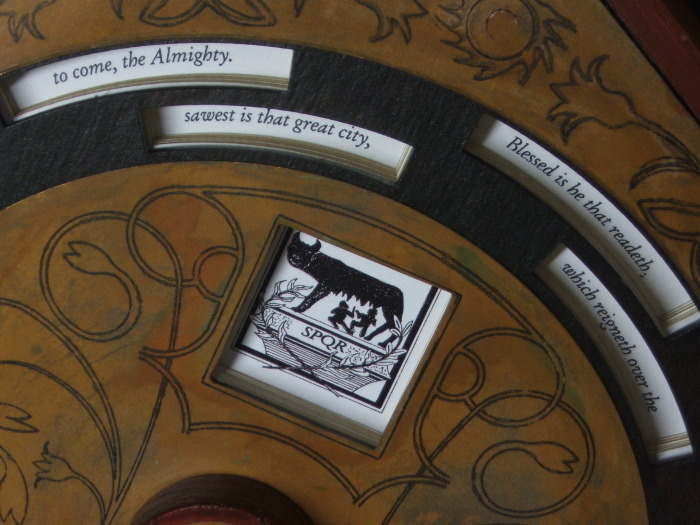 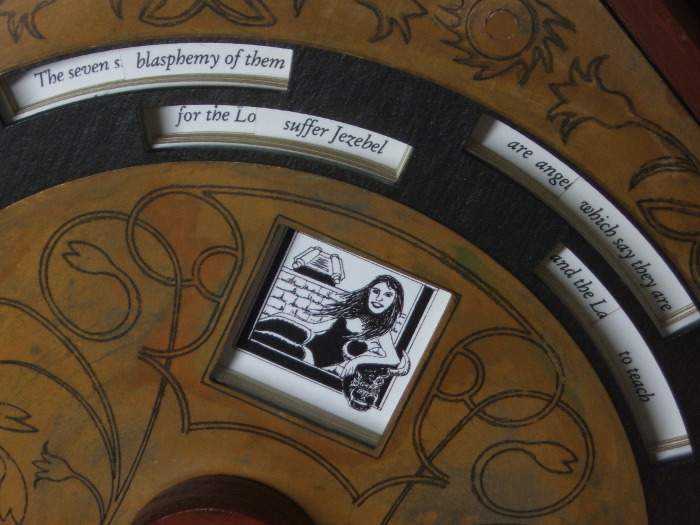