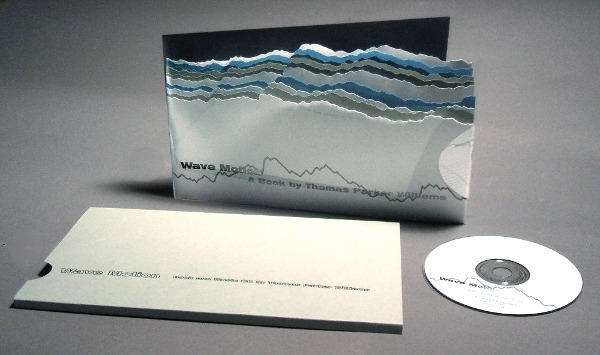 Book with case and music CD

I have used the concept of self-similarity in nature - the fact that shapes and patterns repeat in ever smaller or larger scales - for this book. A familiar example of this is the similarity of the structure of an atom with the structure of our solar system.
Wave Motion uses self-similar visual and musical forms to reproduce the experience of a natural feature, the motion of a wave breaking on the shore.

To produce the basic wave shape I used a series of random numbers. The numbers determined, in sequence, whole and half positive or negative steps that were used to create six melodies of twenty-four notes each starting with the notes C,D,E,F,G and A.
The music was written out and the steps were graphed. The graphs of the six melodies were arranged for the best visual fit which yielded the actual chord progression of the composition: F,E,A,G,D,C. The music uses the melodies at different tempos and octaves to create the overall composition. Visually this wave pattern is represented four ways: as a graph of the music composition as it is played in real time, as an ink drawing of an actual wave, as a 3D representation of the basic wave shape that has been copied and scaled to produce a simulation of wave action in nature, and finally, a segment of this wave action is reproduced by the cut shapes of the pages. 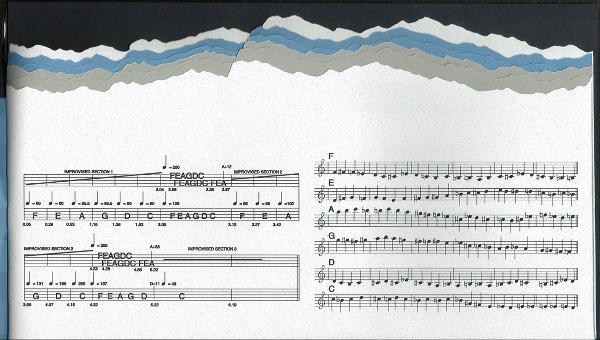 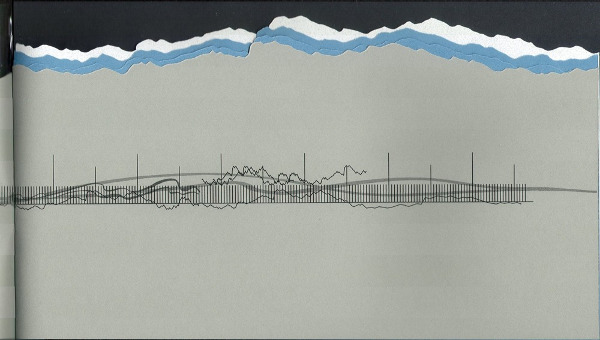 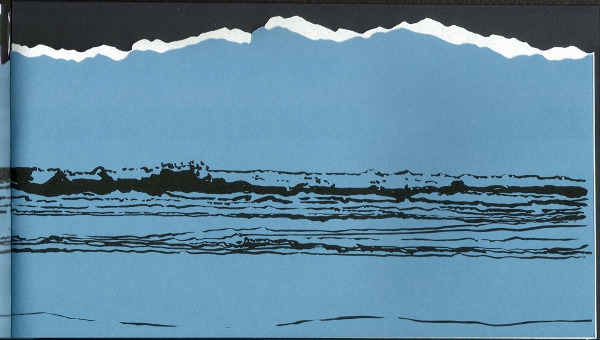 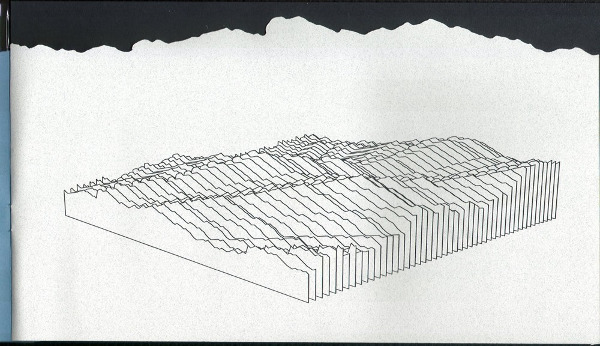